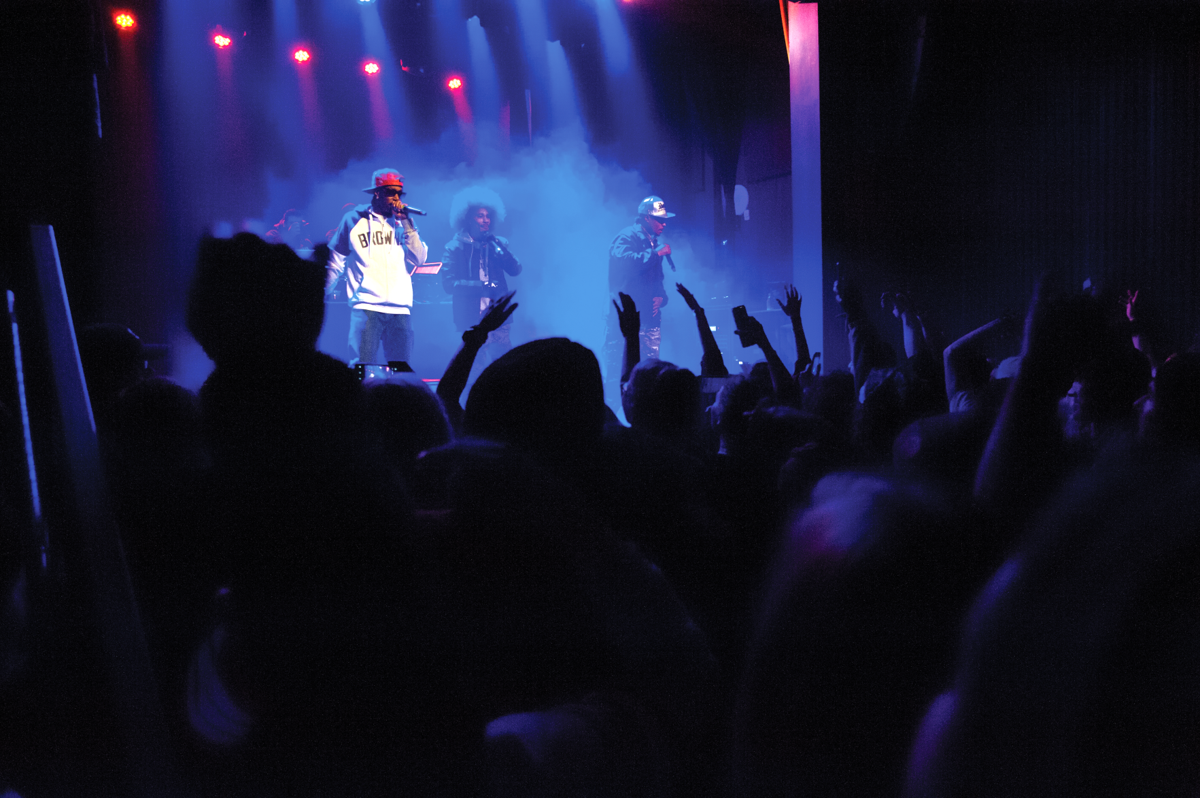 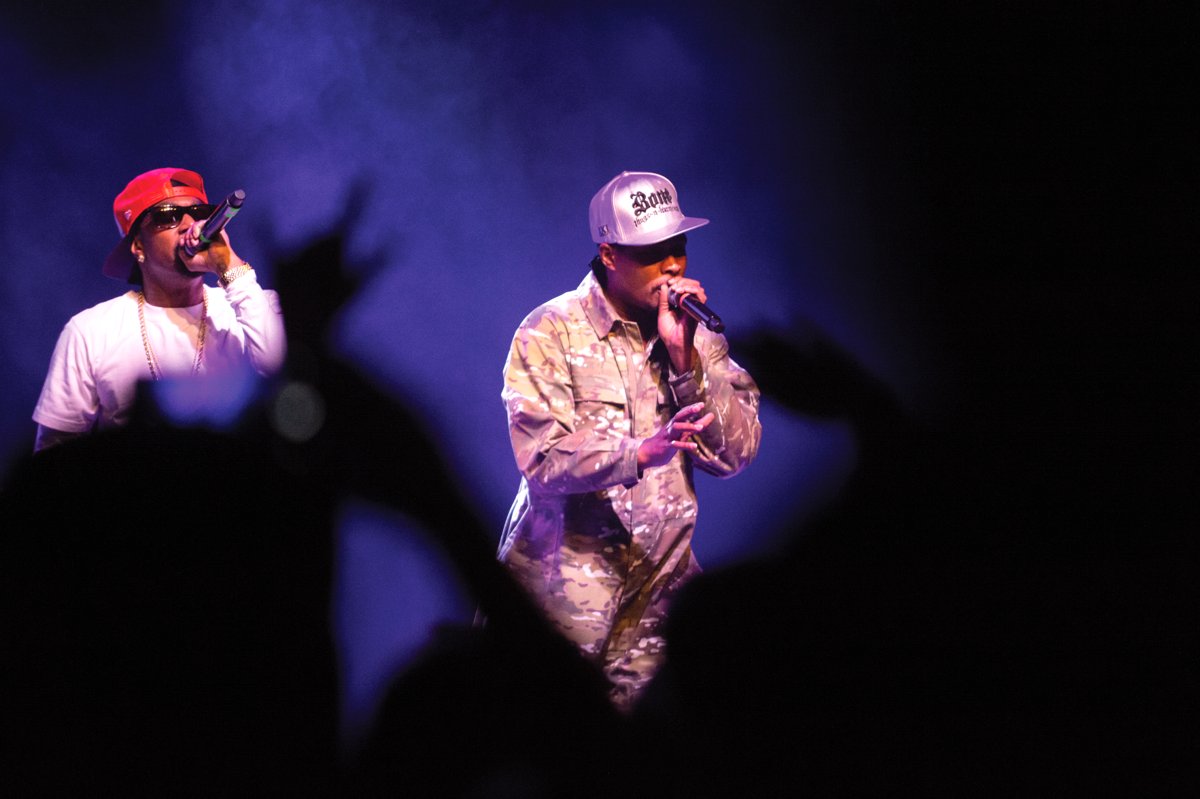 Ever since the 90’s, rap and hip hop have taken the world by storm. It is still one of the most popular genres enjoyed by many groups of people. Rappers like Eazy-E, Dr. Dre, Eminem and countless others have paved the way for rap to exist for the last 30 years. One such group is “Bone Thugs N’ Harmony.” They are considered the most melodic hip hop group in history and they paved the way for other groups like the Three 6 Mafia and the A$AP Mob. Luckily, Bozemanites were able to see three of the five original band members at the Rialto last Thursday.

“Bone Thugs N’ Harmony” is a rap group started in the early 90’s based out of Cleveland, OH. In 1993, they signed on with legendary rapper Eazy-E’s label Ruthless Records. After this, the group was able to share the microphone with artists like 2Pac, The Notorious B.I.G and Eazy-E himself. In fact, Bone Thugs was one of the only rap groups to collaborate with all three artists when all three artists were still alive. Bone Thugs enjoyed a peak in 1995 when their studio album “E. 1999 Eternal” saw major success. The hit song off that album, “Tha Crossroads,” went on to win the group a Grammy two years later in 1997. You can also hear Bone Thugs on 2Pac’s album “Thug Luv” and Notorious B.I.G’s album “Life After Death.” More recently, the group has been featured on songs such as Akon’s 2007 hit “I Tried,” Ty Dolla $ign’s song “Everything 100” and Wiz Khalifa’s song “Reach for the Stars.” Along with working with legendary rappers, they have also managed to keep up a rigorous touring schedule, as they are on their 25th musical tour with no signs of stopping.

Fortunately, the fans that supported them in the 90’s and today came out in force to the Rialto last Thursday, Feb. 13 to see the group perform the songs that they grew up on. The night started off with an opening act by Missoula based artists Foreshadow and Elai. Their chill melodic rap was the perfect start for the night. As the opening act left the stage it felt like an eternity for up-and-coming West Coast rapper and official DJ for Bone Thugs N’ Harmony, Pozition to hop up on stage.

After two or three songs, Pozition announced that “he was going to go back and grab some friends. 10 minutes later, three of the five orginal Bone Thug members, Flesh-N-Bone, Bizzy Bone and Layzie Bone came out from the back and seamlessly stepped up to the mic. What followed was an hour and a half of old and new school rap that had the fans bobbing their heads up and down all night. The group performed their most famous songs like “Tha Crossroads” and “I Tried” to the pleasure of the audience. In addition to the groups hit songs, both old and recent, they also paid homage to all the rappers that they shared the mic with that have, passed on. In tribute to Eazy-E, they performed his hit song “Boyz In the Hood” performing it like Eazy-E was on stage right next to them. As a tribute to 2Pac, they performed one of his most famous songs “California Love” and their collaboration song that featured 2Pac “Thug Luv.” Finally, they performed the hit song “Notorious Thugs” as a tribute to their friend the Notorious B.I.G. At the end of the show they asked for a moment of silence for the recently deceased Kobe Bryant and fellow influential rapper Nipsey Hussle. For the first time during the concert the Rialto was completely silent. The silence was then interrupted by Dr. Dre’s hit song featuring Snoop Dogg “The Next Episode,” which played as fans walked outside into the dark night.

Everyone was buzzing with excitement about seeing one of the most influential rap groups so close to home. The concert proved that “Bone Thugs N’ Harmony” will be bumpin’ for generations to come.

With only a few short weeks until the ASMSA Elections, a new initiative has just been added to the bal…

As the recent COVID-19 outbreak takes a toll on the economy, there appears to be a brighter future in …

Dr. Paul Pinky, an assistant teaching professor in the Department of History and Philosophy, has just …

“Sitting down” with Bozeman Mutual Aid

As the COVID-19 pandemic escalates daily, many community-oriented citizens across the nation are looki…

Bobcat participation in the 2020 census

Every 10 years, the U.S. Census Bureau counts people where they live and sleep most of the time to det…

The COVID-19 pandemic has drastically changed the everyday routines of millions of people. As preventi…