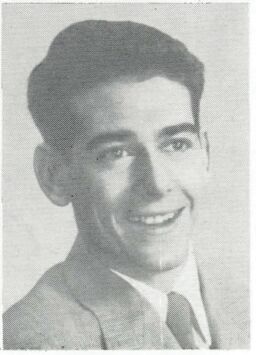 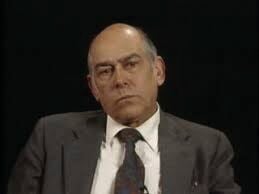 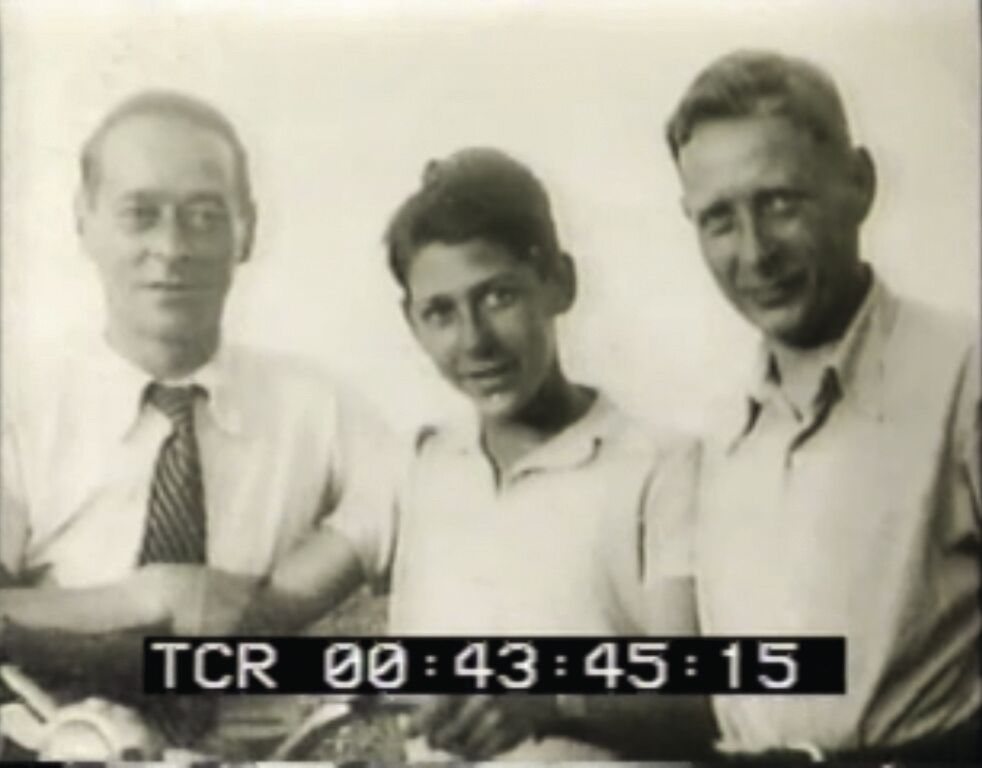 MSU Alumni Arnold Zweig, at 93 years old, has seen more history and tragedy in his life than most, but his kind and energetic voice likely doesn’t sound much different than when he graduated in 1954. When Zweig started at MSU, he was an unusual student. He wasn’t a Montana native or even from the United States. He grew up in Danzig, Poland, a small, independent city-state in the Polish corridor and not somewhere many people have heard about. Before Zweig was 18, he had survived the largest concentration camp of World War II: Auschwitz.

Zweig had a relatively normal childhood in Danzig as the only child of Leon and Anna Zweig. He went to school and enjoyed going to a nearby beach with his family. On Sept. 1, 1939, the first shots of the war broke out while his family was spending time at this beach. He said in an interview with the United States Holocaust Memorial Museum in 1992 that the Zweig family saw “smoke puffs above the water” and then his family, as well many others, rushed to the trains to return to their homes. The city-state, Danzig, was incorporated into the German Reich only hours after they arrived home, which left the border closed and the residents trapped. Soon after, Zweig’s father’s factory was confiscated. Jews and other ethnic groups were not allowed to own businesses because they weren’t members of the Aryan race. Before and during this time, he talked of how the synagogues and the homes of Jewish people were ransacked and their belongings strewn across the streets while local law enforcement stood by. From that day forward, the life of his family changed dramatically.

Prior to the war, Zweig, who was only about 12 years old, said “the gravity of the situation escaped me.” His father sought to protect him from the harsh reality of these challenging years. Soon after his family was rounded up by Nazi soldiers and the Schutzstaffel (SS), who told them that they had only two hours to gather their belongings before they were sent to live in the Łódź Ghetto/Litzmannstadt Ghetto. Life in the ghetto was extremely difficult for the Jews living there. Malnutrition was widespread and a common cause of death, one that claimed Zweig’s grandmother and aunt. He described an occasion when many of the young children were taken away from their families and never seen again, a fate he likely avoided due to his age and work at the factory plating metals with silver and nickel. The community tried to practice its faith, though the services were frequently interrupted by the SS who stood and watched, which profoundly intimidated the worshipers. After several years of living in the terrible conditions of the ghetto, the Zweig family was relocated once again, this time to Auschwitz.

Zweig was 16 when he and his family were loaded into a boxcar with roughly 90 people and taken away from Lauden. He said it was hard to see the other people in the car since it was dark and they were packed closely together. He described the fear and confusion when they arrived in Auschwitz and how the guards made prisoners form lines and he tried to stay close to his father and uncles. A man told him to say he was 18 when the guards asked, even though he had a challenging time convincing people he was 16. His lie to the guards may have saved his life, as he was sorted into the line with the men in his family. From there, he was taken with the men to a barrack that had formerly been a horse stable, known as barrack 12. This is where he and his father would live until Zweig was sent away to work in Germany. It was during the first day at the camp that his mother died and was cremated at Auschwitz, although he didn’t come to know this until much later.

Zweig described many of the horrific events that took place during his time in the camp. The men were made to stand in rows of five for hours waiting for roll call, afraid to move for fear of a beating. He told of another time when a section of the camp was gathered to witness five people hanged for attempting to escape. In the interview he gave in 1992, he said punishments such as this caused him to conceal his emotions the rest of his life since “you couldn’t afford to show [feelings],” even when he wanted to step in to help those around him. After spending less than a year at the camp, he was selected to work in Germany, an assignment that frightened him because it required him to undergo a physical examination. He feared it would reveal a hernia he had developed during his time working at the factory in the ghetto. Fortunately, the illness was not noticed by the camp guards. He was sent away by train in 1944 to work at Kaufering, a network of subsidiary camps of the Duchau concentration camp. While he was in Kaufering, he heard rumors from other prisoners that the Russians were coming. This was the first news he heard about the war after not having access to the radio or newspapers.

After working in Lansberg, Zweig and about 12 other people, including his father and uncle, were transferred once again, this time to Turkhiem, Bavaria, where they were forced to finish a new camp that hadn’t been opened yet. He was working there in 1945 as the German Reich was falling apart, which Zweig was unaware of until after the war ended. The camp was subjected to an air raid, during which the camp was marked by the Allied powers so they knew where it was and didn’t drop any bombs in that area. The camp in Turckheim was less restrictive than Auschwitz, and in the days before Zweig was liberated he was visiting a farm down the road to work. When he returned to the camp, he saw that the Swiss Red Cross had arrived, and the camp commander informed him and the other prisoners that the Americans would be there the next morning. This was the first news Zweig had heard about the war coming to a close and he had not even known American forces were involved. In the morning, all of the guards were gone and American soldiers were waving and shaking hands with the prisoners. Zweig doesn’t remember what was said to him or what he said to the soldiers but, as he described it, “it was quite a lot.”

“There was no place to go.” He said after they were freed on April, 23, 1945. And from that point Zweig and his family had to start their lives from “scratch.” It was after the war that Zweig discovered what happened to his mother and the rest of his family. A memorial to her and other victims is still maintained in Turckheim.

After his liberation, Zweig graduated high school with the help of tutors and started university in Munich, Germany, studying mechanical engineering. It was there he saw an advertisement to study in the United States. He submitted his application and was offered the opportunity to study at several different schools, including Yale and MSU. “Yale didn’t mean anything to me, had no idea, and the name Montana implied that there were mountains,” Zweig said in an interview with the Exponent. Having spent time skiing in the mountains of Bavaria, Germany, he knew Bozeman was the place he wanted to spend his time in university, similar to the reason many students still come to MSU today. Zweig said he “skied every chance there was,” after buying his gear with money he made from his first summer job in Bozeman.

Zweig wasn’t a regular member of any clubs or social organizations on campus. He was intent on finishing his studies. He attended the Spring Ball put on by Sigma Chi, who he says treated him like an “old friend.” One thing Zweig remarked on several times throughout the interview was that people he met in Montana were “extremely warm and friendly.” He mentioned his engineering professors were welcoming by inviting him over to their homes to help him with his studies. When asked what his biggest transition was when he started school in Bozeman, Zweig didn’t hesitate in saying “I was used to the metric system.” While working on tests and homework, he found it was time consuming to convert numbers. Bert Fisher, one of his former coworkers, said in an interview with the Exponent that Zweig “loved his time at MSU” and spoke highly of the skiing and experience he had there.

When he graduated from MSU in 1954, Zweig’s father, who he stayed in contact with through regular letters and voice recordings, immigrated to the U.S. and attended the ceremony in Bozeman. Zweig began working for Simpson Timber in Seattle, Washington as an engineer and received five patents through his work there. He raised his family in Seattle for many years, even after his father returned to live in Europe. About ten years ago, Zweig moved to Florida with his wife to continue his work full-time in distributions. During his life, Zweig’s job has allowed him to travel all over the world to places like Japan, Israel and Germany while making friends and acquaintances along the way. In 2014, Zweig and his wife traveled back to their hometowns — which are now in Poland and Russia. He noted how little the waterfront and landmarks had changed since 1938.

A life of travel hasn’t worn Zweig down in the slightest. He continues to work 40 hours a week and frequently travels even at 93 years old, saying he would get on a plane at “the drop of a hat.” I asked Zweig if he had a secret to being so active throughout his life, and he simply responded with a chuckle and said he “always had lots of energy.”

When asked how his experiences during World War II shaped him, Zweig said “this is going to sound like a paradox, but I’m glad that I had that experience, but I’m never going to have it again.” He never held what happened to him and his family against the German people and said has no “ill feelings” toward them. He still has many friends in Germany but added “none of those friends are older than I” because he could never fully trust they weren’t part of the movement that forced him and his family into the camps. Zweig’s story is a remarkable tale of perseverance and a reminder not to allow history to be forgotten.