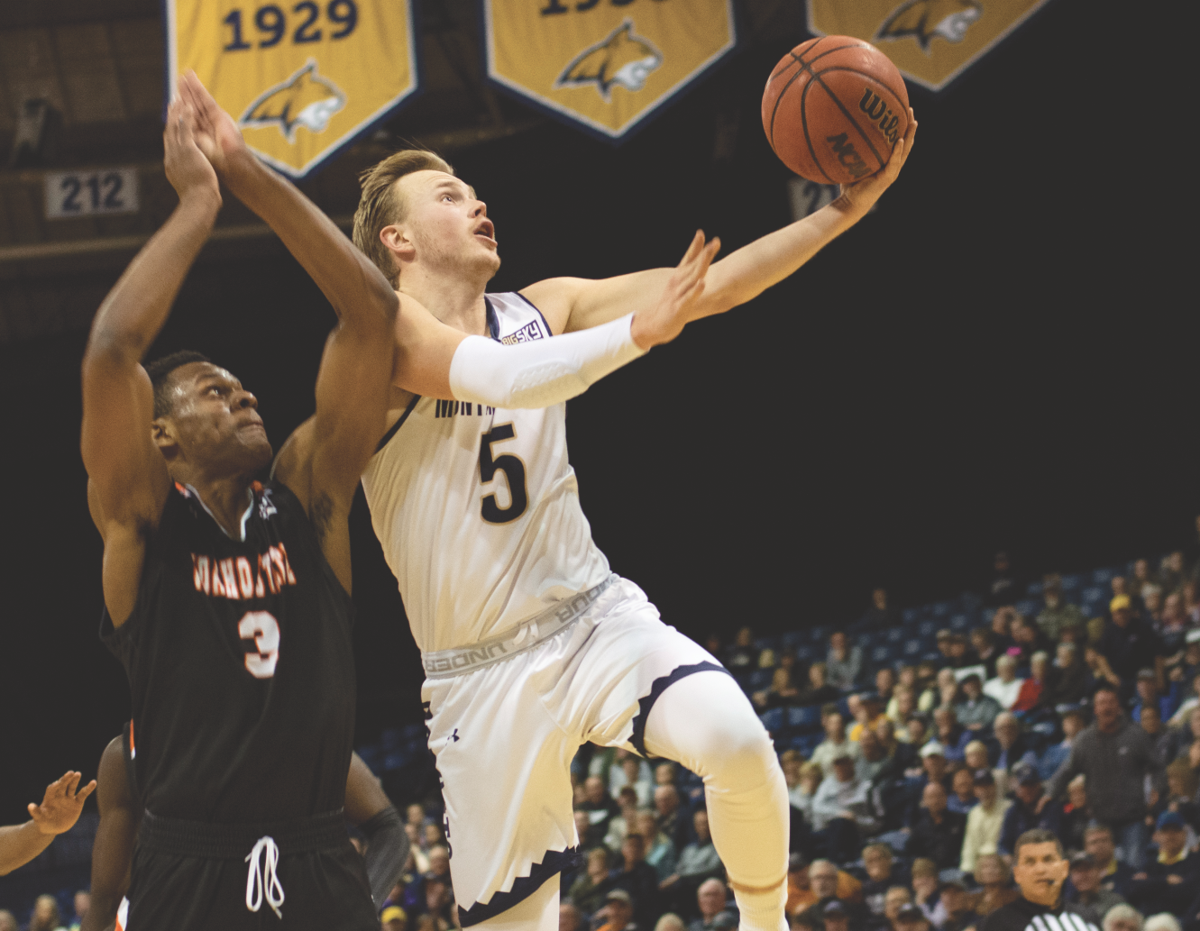 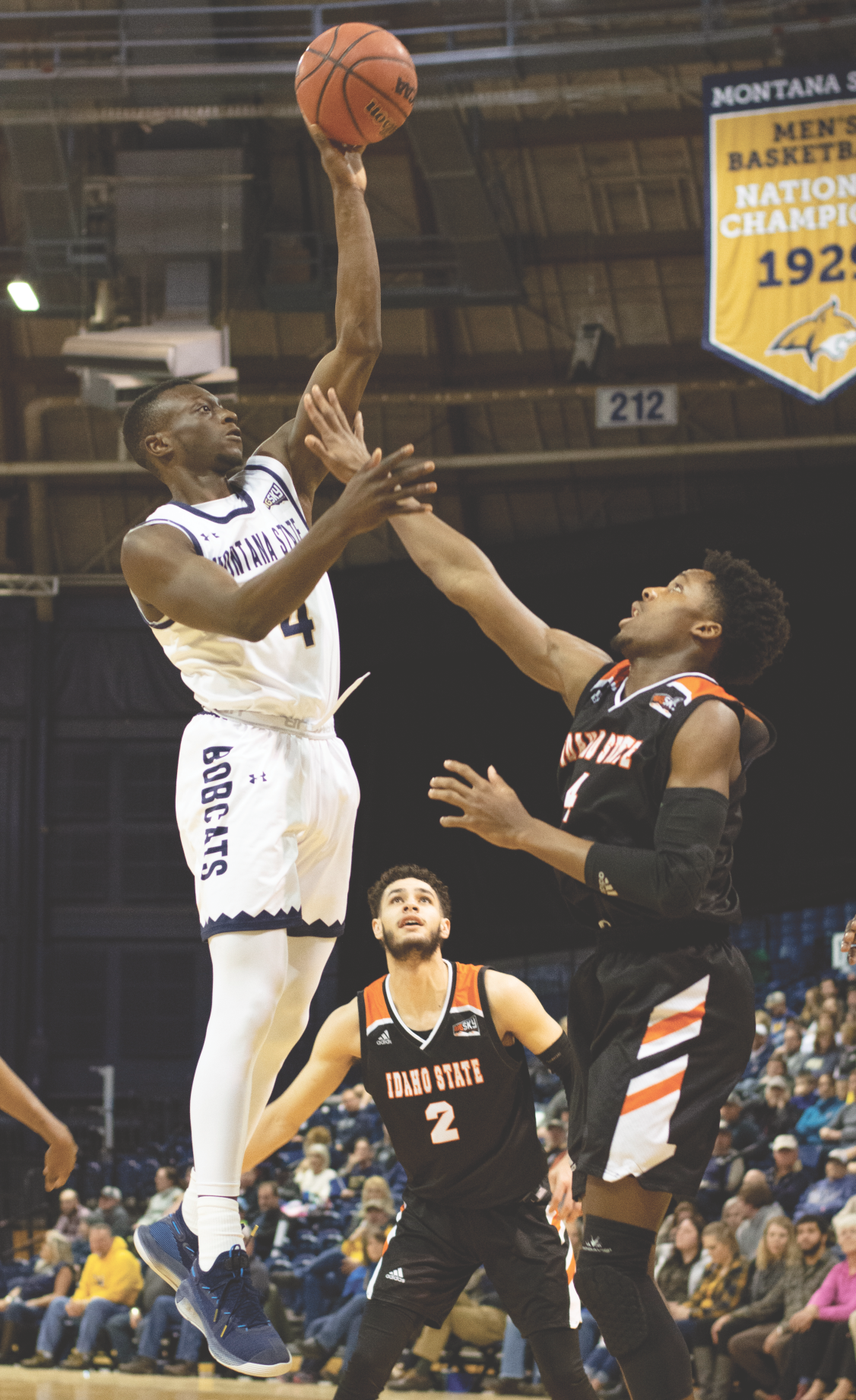 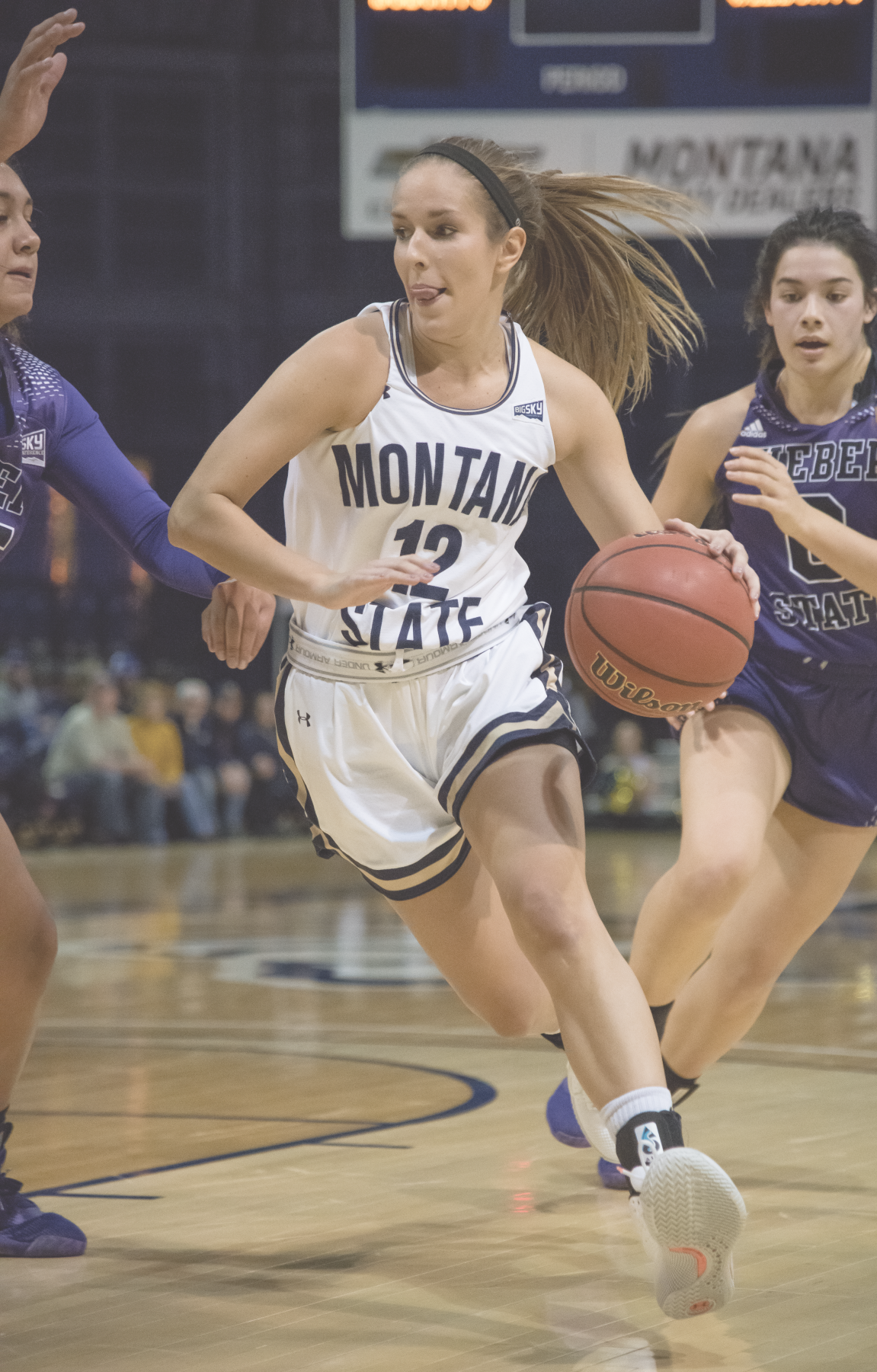 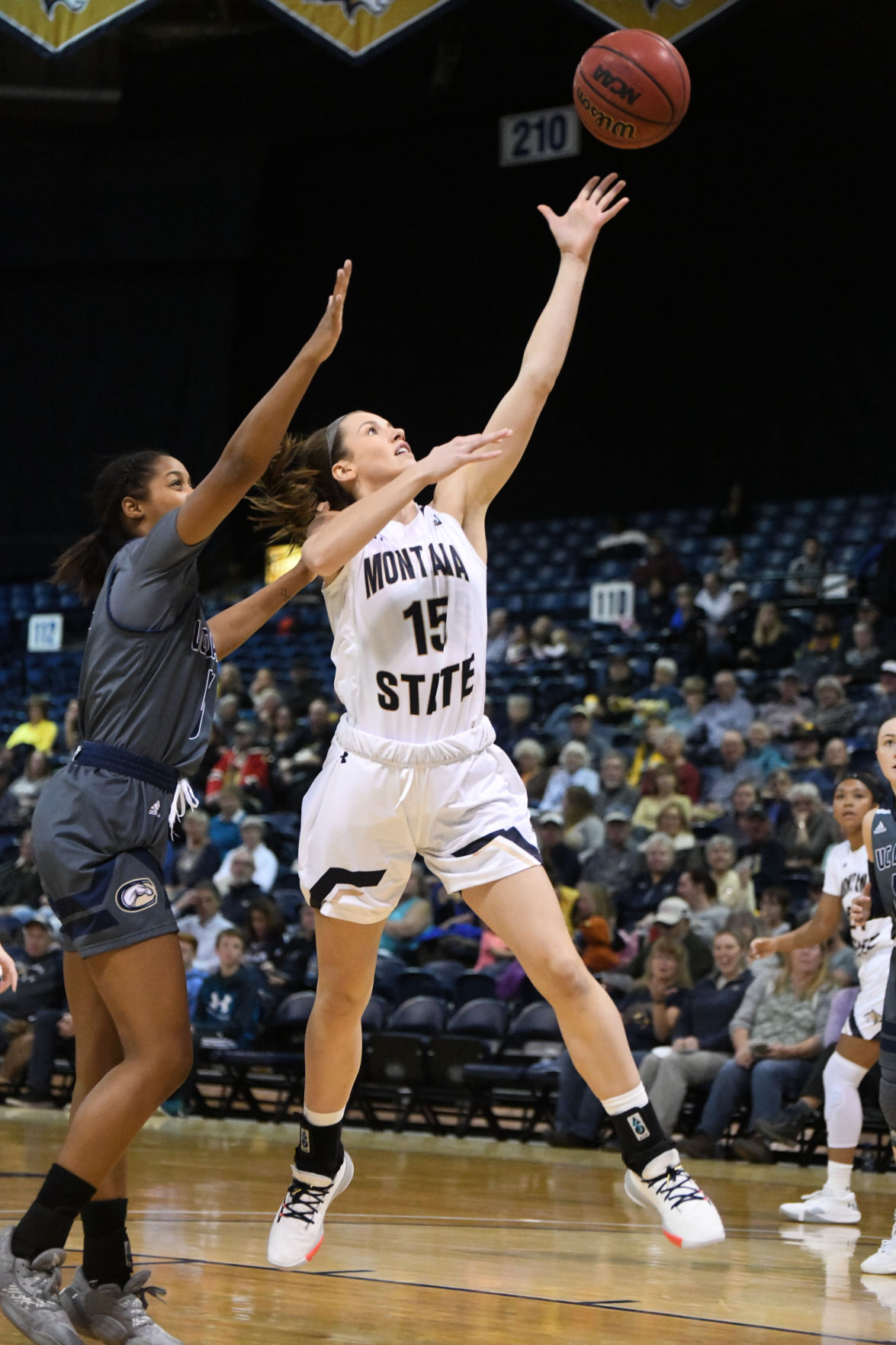 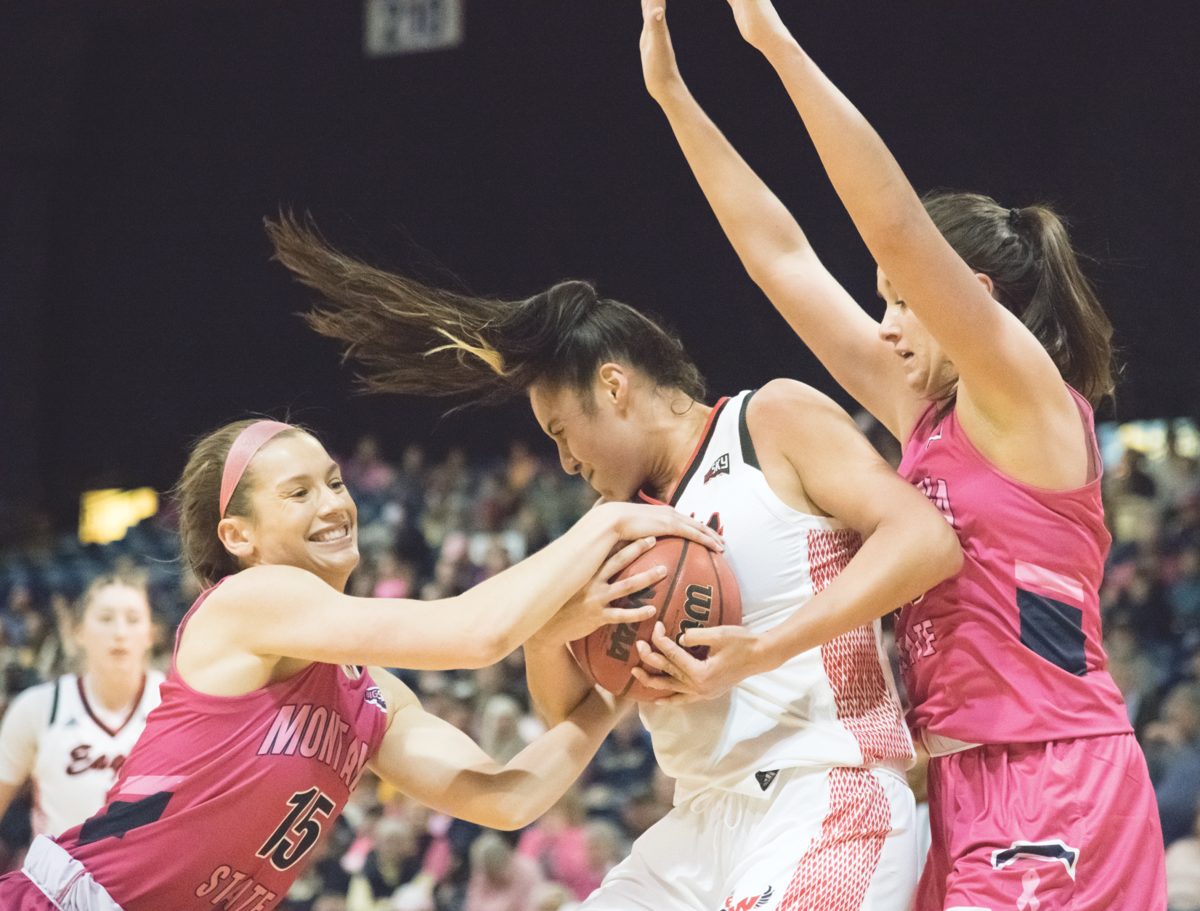 The next chapter of the Cat-Griz rivalry series is fast approaching. After a sweep by both the men and women basketball teams last week, confidence is high as the Cats enter the final stretch of conference play. The women look to use home-court advantage to extend their impressive nine-game winning streak to 11 by taking down Portland State on Thursday, Feb. 20 at 7 p.m. and Montana on Saturday, Feb. 22 at 2 p.m. The men, led by Head Coach Danny Sprinkle, hope to ride the positive momentum to their game at Portland State on Thursday, Feb. 20 at 8 p.m. and against the Griz on Saturday, Feb. 22 at 7 p.m. Entry is free for students with their CatCard, but make sure to get there early because a sell-out is expected. Go Cats!

Another weekend translated to another set of dominant performances by the women. It started on Thursday, Feb. 13 against Idaho State. The Bengals entered the contest with a four-game winning streak, including a win over the Lady Griz, but the Cats ended it with a 74-55 drubbing. A 42-27 advantage on the boards and six scorers in double-figures, led by junior guard Tori Martell with 13 points, was more than enough to earn the Cats another victory. Even with their already impressive season, MSU is only getting better.

"We had some great practices this week and you can really see our chemistry getting stronger," Bobcat Head Coach Tricia Binford said. "We did a nice job sharing the ball and we talked about making sure the ball had energy."

In the second game of the weekend on Saturday, Feb. 15, the Cats dominated Big Sky Conference’s last-place team, Weber State, in a 102-67 victory. As you would expect with a 100-point performance, the Cats had several key contributors. In particular, senior guard Oliana Squires went five for five from the three-point line, leading to 21 points while also dishing out four assists. Overall, the Cats shot an incredible 59.4 percent from the field for the game and had five players in double-figures, moving the winning streak for the women to nine games.

“That [Saturday night’s game] shows the strength of our team,” Binford said. “On any given night, we have multiple players contributing to our success.”

The women are sitting alone in first place and currently hold a three-game advantage over second place Idaho. With all the success, the team continues to show improvement, which is a compliment to a program with a winning culture. If the Cats continue to show this balanced effort the rest of the season, they will be a tough out come Big Sky Conference Tournament play.

Women keys to the game

The last match-up with the Lady Griz in Missoula on Saturday, Feb. 1 was a barnburner. The Cats entered the fourth quarter down 11 points, but the women were able to hold the Griz to just three points in the quarter to force overtime. The Cats then rode the momentum and sealed an impressive come-from-behind victory, 66-61. If the Cats hope to complete the season sweep, they will have to slow down the guards of the Lady Griz and use their deep bench to keep up the defensive intensity. Last game, the Cats did not shoot well from the field, but part of that was due to the defensive strategy by Montana. If MSU can get some easy buckets in transition and get good looks in the post, while knocking down open shots when the post is double-teamed, they will have a good chance at victory.

The men opened up last weekend with a 73-69 victory over a struggling Idaho State team. The Cats had 19 turnovers, but hot shooting helped fend off the Bengals’ late surge. Junior guard Amin Adamu led the team with 20 points, and senior guard Harald Frey had an excellent game with 17 points, six assists and five rebounds.

“In the Big Sky this year, everyone is beating everyone, so every single win gets us closer to our goal,” said Frey. “You’ve got to be able to win it ugly sometimes, especially in February when teams have scouted everything you do.”

For the weekend conclusion on Saturday, Feb. 15, the Cats put together a 16-0 run to start the second half, eventually leading to a 77-63 win over Weber State. The game marked the first time MSU swept the Wildcats since 2005. Frey notched a double-double, accounting for 16 points and 10 assists, and sophomore forward Jubrile Belo had a career-high 23 points to go along with 11 rebounds. The momentum swayed toward the Cats once they moved to a 1-3-1 defense, holding the Wildcats to just 2-22 from the three-point line in half two.

“They still had some [open] looks,” said Sprinkle. “They missed them, but they’re not [coming] out of their offense. It’s a different flow. You’re not taking rhythm shots.”

With the conference tournament just seven games away, there is a race to finish top five in the standings. Every contest is that much more important with a first round bye in the tournament on the line. While the Griz get the week off, the Cats travel to Portland State before hosting UM on Saturday. The Vikings’ first match-up with the Cats ended in heartbreak. With just 12 seconds to play, Frey hit a jumper to take a one point lead, but senior Vikings guard Holland Woods, who ended the night with 30 points, finished a contested floater with two seconds remaining to stun the Cats. This will be a big test for MSU, so hopefully they can stay in the moment and avoid looking forward to Saturday.

Men Keys to the game

The Cats have had one of the top defensive three-point field percentages in the country this season, but that did not stop the Griz in their first match-up. The Griz raced off to a big lead after they hit 10 three-pointers in the first half. The Cats will have to maintain their defensive focus to make sure they can stay in the game. Belo has been arguably the most important factor to Cats wins this year, but foul trouble has kept him out of certain games. Avoiding early fouls will be big for keeping the match-up nightmare on the floor. Finally, the Brick will be rocking for the most important game of the year, so if the Cats can harness this energy, they’ll have a chance to knock off the top team in the conference.