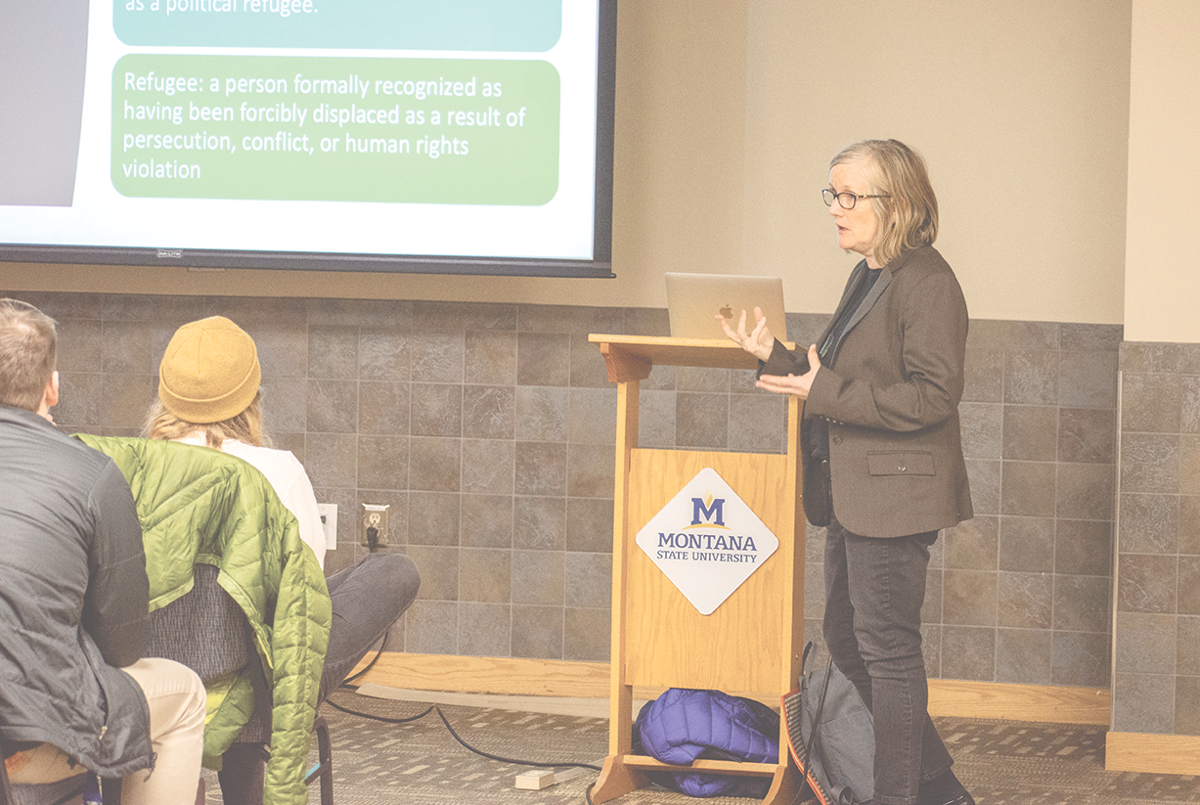 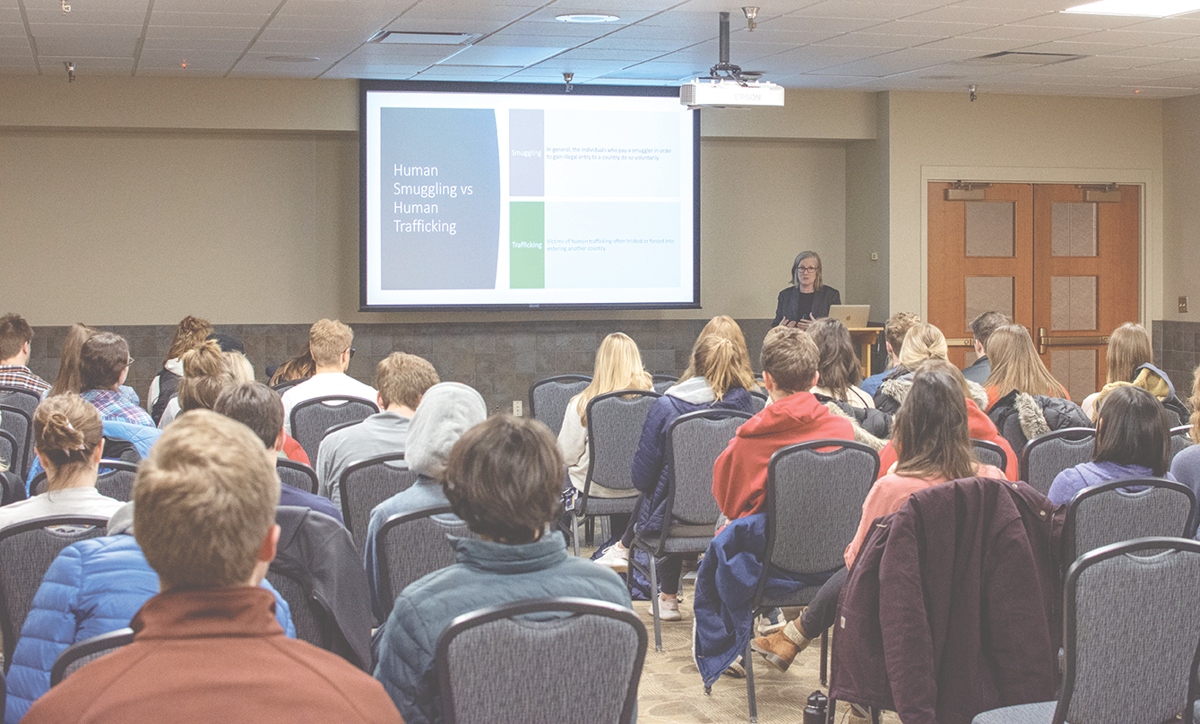 Human trafficking is a multi-billion dollar industry that adversely affects millions of people each year. It is one of the fastest growing sectors of the black market – a business based around exploiting desperate, vulnerable people – but this February, MSU students have the chance to meet and listen to local leaders who are actively working to help those affected.

Currently, Woods is a physician working with Student Health Services on MSU’s campus. In addition to her time as a local practitioner, she has spent a significant amount of time volunteering as a medical aid in both Greece and Bangladesh. Despite the somber nature of her topic, Woods managed to interject light and levity into her talk as she recounted stories of hope, love and community found in people during the worst times of their lives.

Woods’ talk began with some quick figures about the state of the global refugee crisis. With current refugee populations at a record high, the dangers for them are tremendous, as over 70 percent of those refugees will be exploited in some way. During her time in Lesvos, Greece working with Lighthouse Relief, Woods saw firsthand just how perilous a refugee’s life could be.

Woods’ talk centered around the story of Sam, an Afghani refugee whose exodus from his home country into Sweden took him and his family 3 ½ years to complete.

Sam was a wealthy Afghani scientist whose previous work with Americans had drawn him attention from the Taliban. After recovering from an attempt on their lives, Sam and his wife decided that they were no longer safe in their home and, along with their son, they fled their country in search of asylum. Despite his sizable wealth, Sam was just as endangered by the perils that face all other refugees. The family was transported into Turkey in the back of a truck where they would sit and wait day after day without food or water until they finally arrived at their destination. After these trucks had arrived and were opened, it was not uncommon to find that all the passengers had died from suffocation. Sam and his family were thankfully spared from that fate, but their dangers were not over.

In Turkey, they had to wait months until it was their turn to cross over into Europe. In order to cross, they were forced onto dingy rafts overloaded with people and sent over the Aegean Sea. There were no captains or sailors to help make the journey, rather, it was common for one of the refugees to be chosen at random to lead the vessel, as was the case for Sam. Sam would soon learn that refusal was not an option as Turkish officials forced refugees onto the rafts, oftentimes at gunpoint. Once again, no amount of Sam’s funds could aid him, and he found himself making the journey with his family on a cold, dark night with powerful, crashing waves.

The first half of the journey went by slowly as the group waited anxiously for it all to be over. Then, to their horror, their motor stopped. They were marooned. Fortunately for Sam and his family, a Greek Coast Guard ship miraculously came across them and ferried them the rest of the way to the shore of Lesvos. As they arrived on shore, the volunteers at Lighthouse Relief helped carry them on shore, wrapping them in emergency blankets and checking to see if any of them needed medical attention. Woods and other medical professionals waited on the sidelines, ready to jump in at the first sign of trouble.

Many of the refugees weren’t as lucky as Sam and his family and didn’t successfully make the crossing. Their rafts could easily tip them into the deadly cold water of the Aegean Sea or even slowly deflate as they crossed. Some would complete the sea journey but then crash into the rocky shores surrounding the lighthouse.

Thanks to the heroic efforts of relief organizations like Lighthouse Relief and Med Global, many dangers of the refugee crisis have been minimized; however, the unfortunate reality of the situation is that there are no real answers to this problem. The sheer magnitude of this crisis is staggering, and it is easy to fall victim to thinking of these people as “other.” It is easy to think that this problem really doesn’t affect us on a personal level, but, as Woods shared, “These are people just like you and me. Educated students. People with jobs. These are not people who wanted to leave their home but instead people who had their home taken from them.”

These stories are rarely happy ones, but there are always spots of light amidst the darkness of tragedy. After 3 ½ long years of uncomfortable travel, Sam and his family were able to find asylum in Switzerland. There are brilliant people like Woods volunteering their time and effort in Herculean humanitarian efforts everyday.