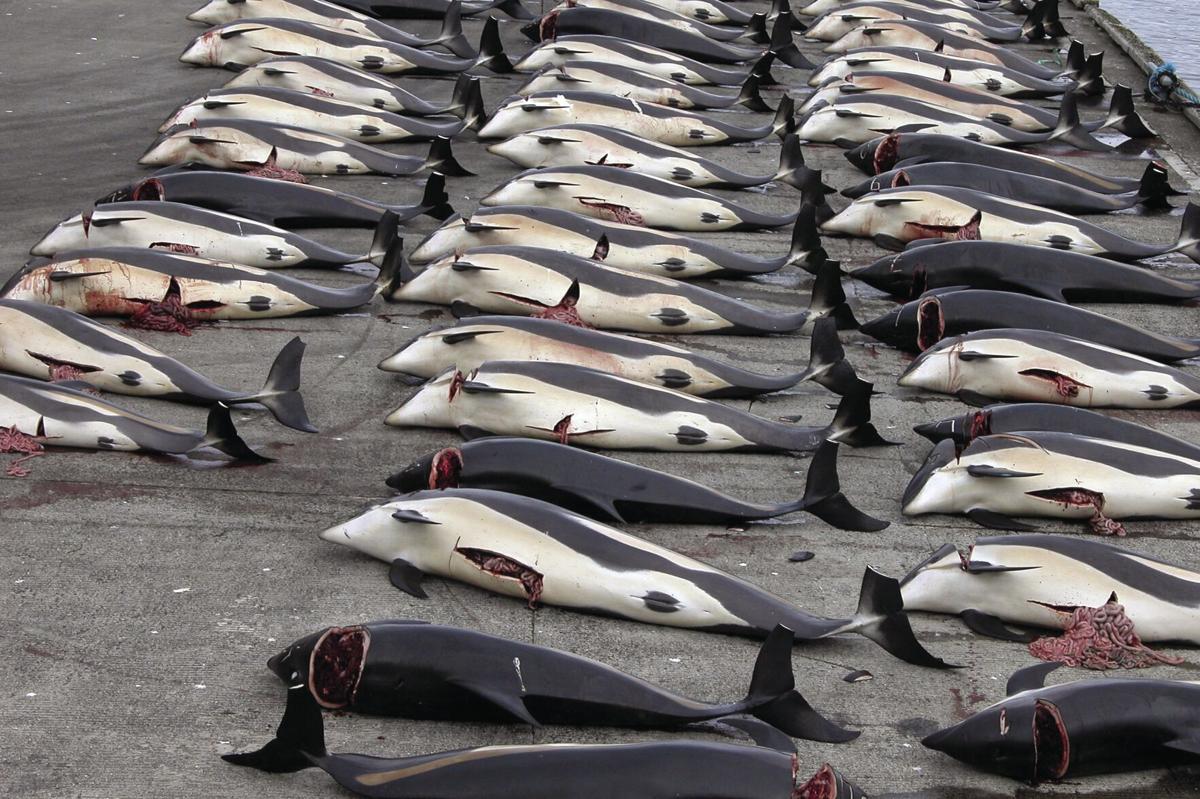 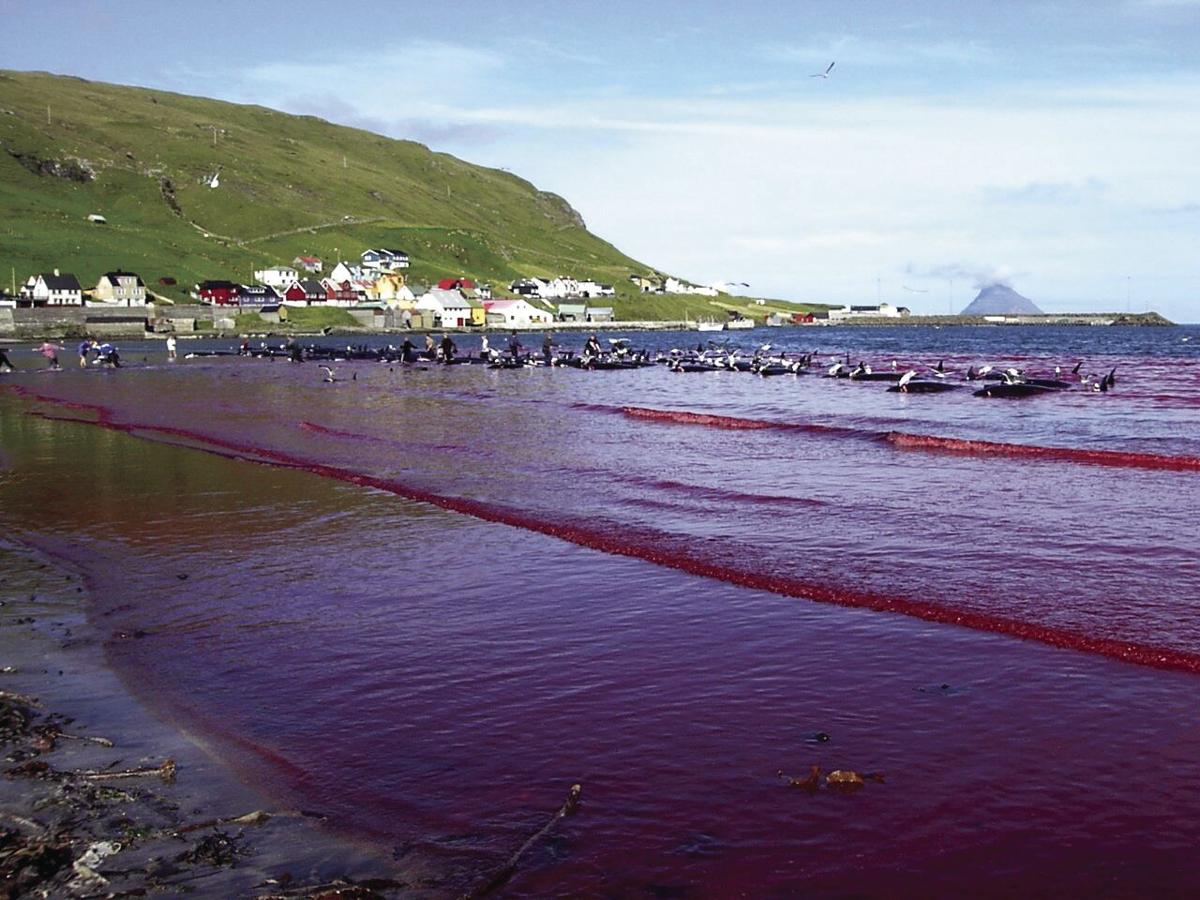 Imagine this: you and your family are innocently going about your business, in your home, when big, loud, powerful machines come out of nowhere and forcefully move you. You are not provided any context or reasoning behind what is happening, and are suddenly laying on the ground, unable to breath, watching foreigners harm your loved ones. This is similar to a recent tragedy experienced by a super pod of white-sided dolphins in the Faroe Islands. The slaughter of 1,400 white-sided dolphins that occurred in the North Atlantic was unnecessary, unethical and a disrespect to the planet’s marine ecosystems. An increase in regulations should be implemented in the Faroe Islands to stop cruel hunts and protect the dolphin population.

The killing happened on Sunday, Sept. 12, and marked the largest number of dolphins ever killed on one day in the Faroe Islands, bringing the total number of marine mammals killed this year to 2,043. Dolphins, including pregnant females and calves, were driven by a fleet of boats onto shore then killed one by one. When the pod was originally found by hunters, it was estimated to only include 200 animals. The true scale of 1,400 was realized after the killing process started. The hunt lasted several hours and many dolphins were left to suffocate as hunters were outnumbered and struggled to kill them quickly. The catch was approved by local authorities and was not deemed as illegal.

The Grindadráp (also known as “The Grind”) is a tradition on the Faroe Islands involving the hunting of sea mammals, primarily the hunting of whales. This tradition has been practiced for hundreds of years and supporters say whaling is sustainable and an important aspect of their cultural identity. However, according to an article published by BBC News, “the scale of the killing at Skalabotnur beach has shocked many locals and even drawn criticism from groups involved in the practice.” The recent event was not simply a traditional hunt, but instead a mass killing. Cristina Mittermeier, a co-founder of Sea Legacy and Only One conservation media organizations, stated, “As we continue to support the rights and needs of remote communities to make a living from the ocean, we must also remember that as our most important ally in the fight against climate change, a living ocean plays a critical role in moderating the worst effects of climate disruption.” A balance must be maintained between human traditional events and the health of our surrounding environments.

Another factor contributing to the senselessness of the slaughter of 1,400 dolphins is that the meat was so polluted it was deemed unfit for human consumption. Decades of research have displayed the health consequences associated with consuming dolphin and pilot whale meat. Mercury levels in marine animals with higher levels of stored fat (blubber) have been rising over the decades. According to health experts, consuming this meat increases risks of hypertension, diabetes and Parkinson’s disease in humans.

Our ocean is not limitless and we are reaching the limit to its abundance. Considering the impacts the climate crisis is already having on the ocean (pollution, the depletion of populations due to overfishing and record breaking global temperatures), we cannot allow the continuation of practices that threaten the health of our oceans and the life within them.

Submit a Letter to the Editor