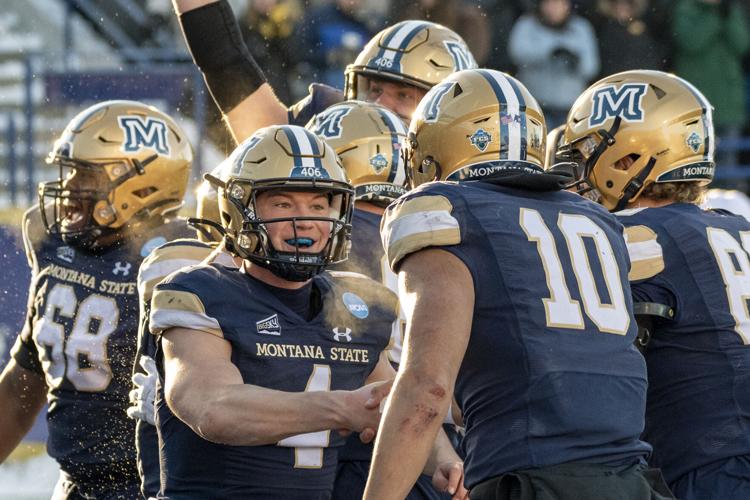 Quarterbacks Tommy Mellott and Sean Chambers shake hands as the Bobcat offense celebrates a touchdown by wide receiver Willie Patterson, the product of a flea-flicker play involving the two quarterbacks. 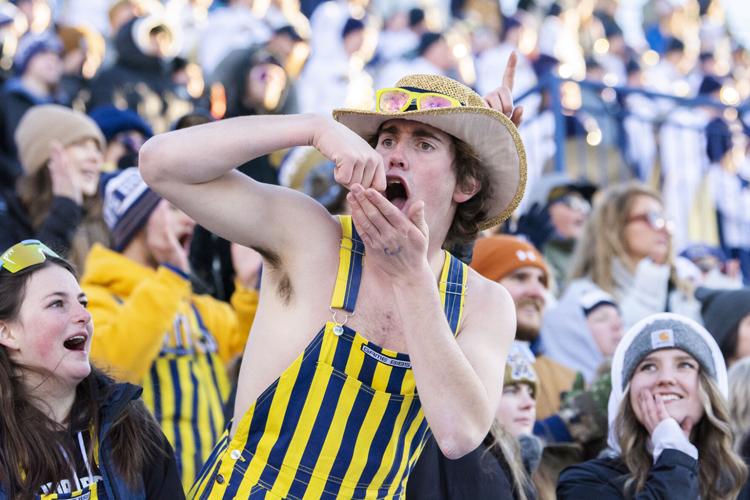 A student celebrates a Bobcat touchdown. 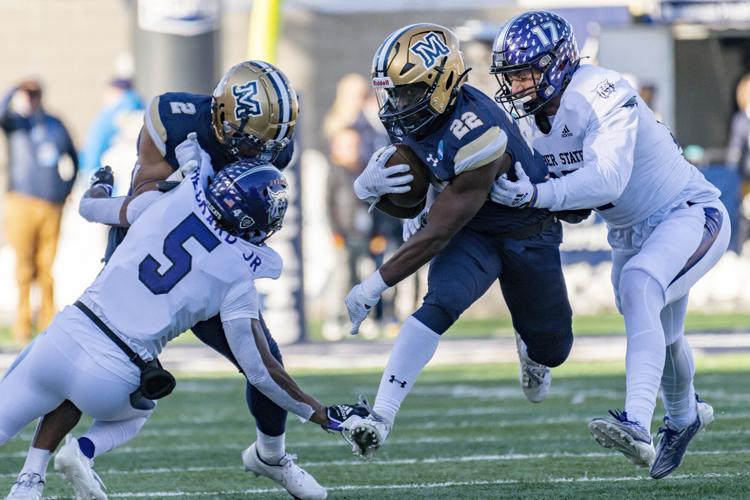 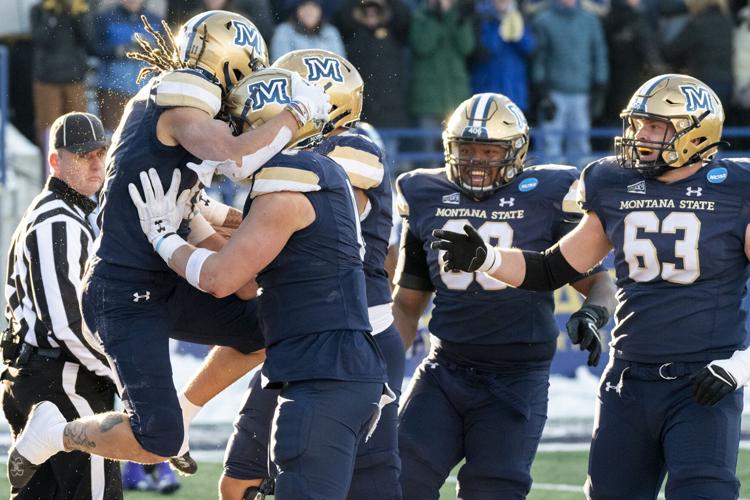 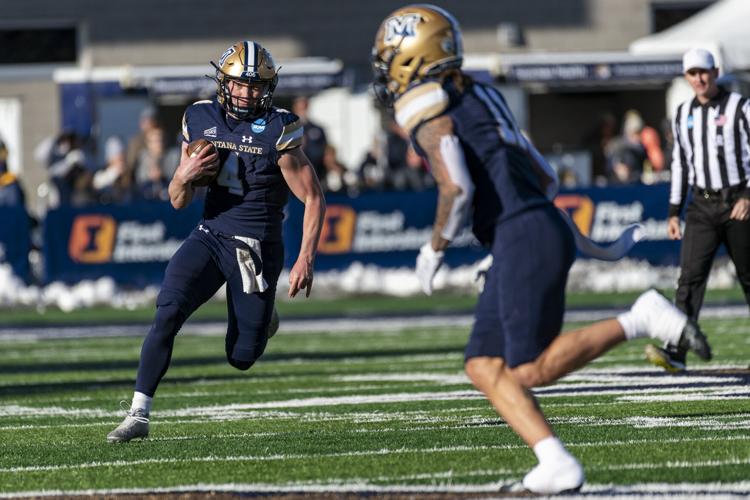 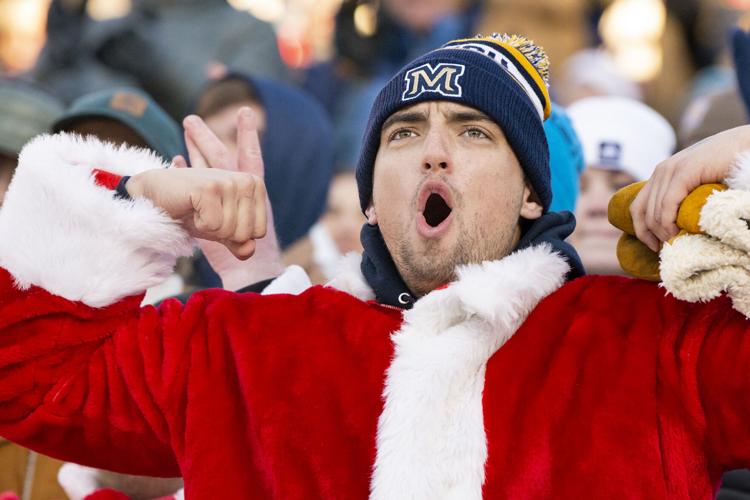 A student dressed in a santa costume celebrates a run by quarterback Sean Chambers. 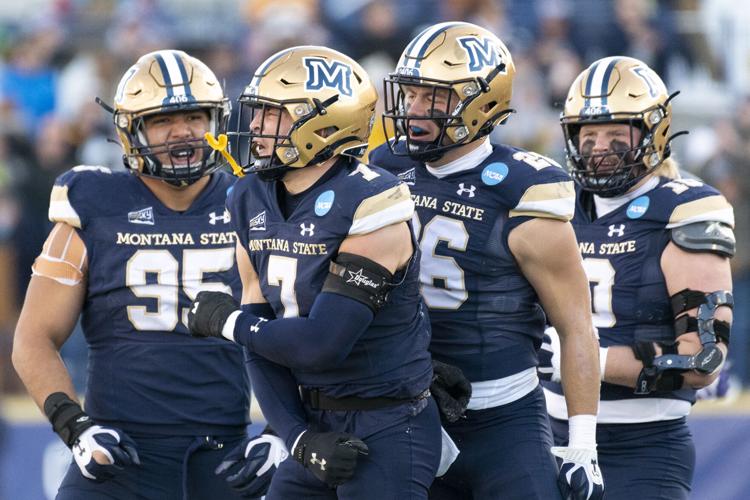 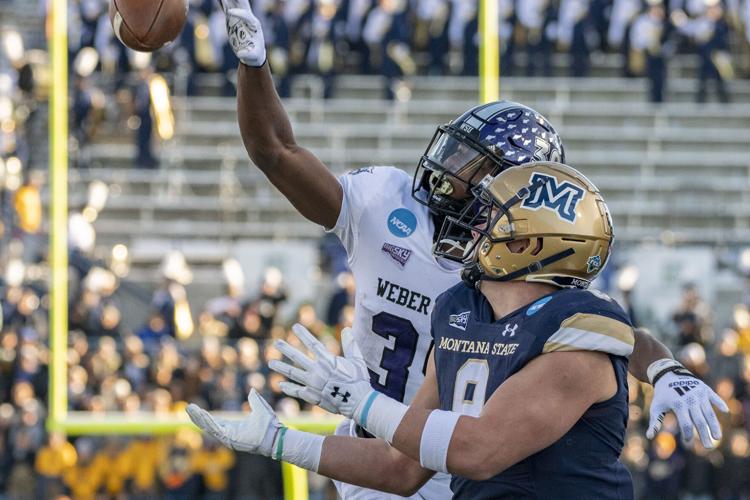 Quarterbacks Tommy Mellott and Sean Chambers shake hands as the Bobcat offense celebrates a touchdown by wide receiver Willie Patterson, the product of a flea-flicker play involving the two quarterbacks.

A student celebrates a Bobcat touchdown.

A student dressed in a santa costume celebrates a run by quarterback Sean Chambers.

Bobcat football claimed a spot in the next round of FCS playoffs yesterday with a defeat of the Weber State Wildcats, 33-25. The win raises the Cats’ streak of consecutive home victories to 19 and sets up another home game clash with William & Mary in next weekend’s FCS quarterfinal.

In the wake of dominant wins against Cal Poly and Montana, Saturday’s matchup was a bruising reminder of the hard-fought nature of playoff football games. While the Bobcats never trailed after the first quarter, they struggled to put away a fast and physical Weber State team.

“There were certainly ebbs and flows in that game,” Bobcat Head Coach Brent Vigen said in a post-game press conference. “The end result is the end result. We got a win, and we move on.”

Weber State set an aggressive tone early. A no-huddle offense on the opening drive of the game put the Bobcat defense on its heels and earned a field goal for the visitors.

The Cats responded by grinding the tempo down with a methodical all-rushing drive that ended with quarterback Sean Chambers scoring. After trading a handful of field goals, the teams retreated to the locker rooms with a halftime score of 16-10, Bobcats in the lead.

The second half began with a quick MSU field goal before the sea of blue and gold in the stands took a chance to make its presence known. In a few more minutes, Bobcat fans were roaring on a critical third down and the Wildcats suffered a false start penalty, killing their drive.

The Bobcat offense pounced, with Chambers finding wide-open tight end Derryk Snell for a layup touchdown. The following drive featured a mesmerizing reverse flea-flicker trick play in which Chambers fired deep across the field to connect with wide receiver Willie Patterson for a 47-yard score.

The Wildcats launched a counterattack in the fourth quarter, scoring twice to keep Bobcat fans from feeling too comfortable. The Bobcats responded by doing what they do best: pounding the opposing defense with Tommy Mellott and Sean Chambers’ athleticism. MSU ran out the clock and escaped with a playoff win.

What does the win mean for the Bobcats going forward? The return of explosive running back Isaiah Ifanse and the continued success of Chambers and Mellott on the ground showed that the current rushing capacity of the Bobcats is essentially unmatched in FCS Division 1 football.

The defense’s ability to force stops in the absence of suspended coordinator Willie Mack Garza proved that the leadership of senior captains and playmakers Ty Okada and Callahan O’Reilly can boost the unit for a playoff run.

As a result, our fourth seed Bobcats will host fifth seed William & Mary at Bobcat stadium on Dec. 10 in the FCS playoff quarterfinals.