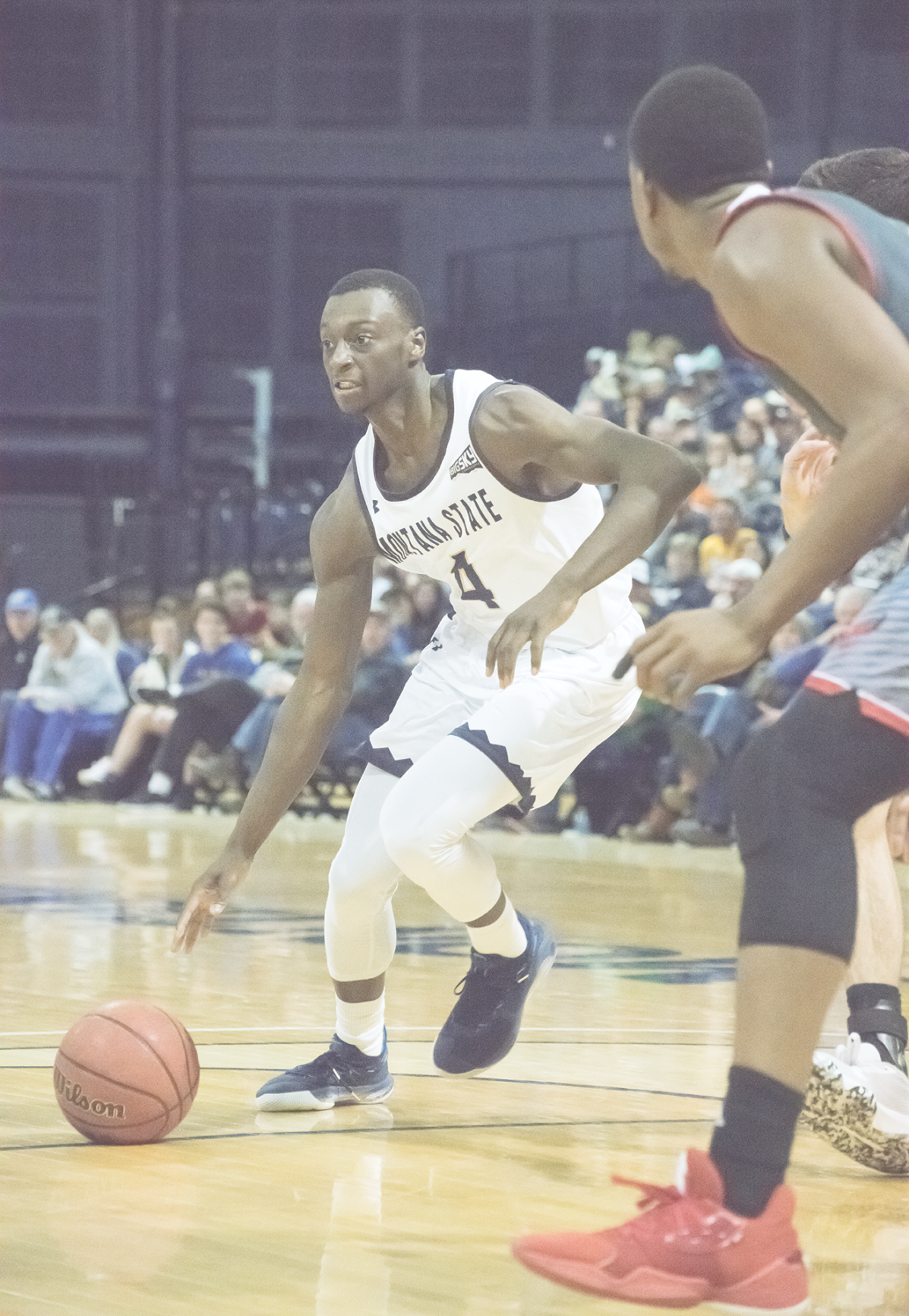 Per usual, emotions ran high through Dahlberg Arena in Missoula this past weekend. The men and women from Montana were eager for a chance to knock off the Cats on their home floor. Headlines entering Saturday's doubleheader featured both the MSU women and the UM men hoping to maintain their leads in the competitive Big Sky Conference. The Lady Griz were hoping to regain some of their confidence shown in early conference play, and many were interested to see MSU men's head coach Danny Sprinkle’s first Cat-Griz matchup on top of senior guard Harald Frey’s last visit to Missoula.

In the women’s game, the story quickly became about senior forward Fallyn Freije, who showed the 3,617 spectators in attendance why she is the best player in the conference. She and the Cats did exactly what great teams do: find a way to win. As the third quarter came to a close, the women found themselves down by as many as 14 points. The Cats fought through adversity by holding the Griz to just three fourth-quarter points, forcing overtime. Freije scored 10 of the Blue and Gold’s 15 overtime points, helping maintain MSU’s position atop the Big Sky Conference with a 66-61 victory. Freije finished her incredible performance with a career high 27 points and a game high 14 rebounds.

On Thursday, Feb. 6, the women will head to the Palouse for a massive meeting against the second-place Idaho Vandals. So far, MSU’s only loss of the 10 conference games was a one point double-overtime defeat at the hands of the Vandals back on Jan. 9. As the Cats head out on the road again, they will be dwelling on the opportunity to make yet another statement about who they are to the rest of the conference and to the NCAA. Saturday afternoon, Feb. 8 at 2 p.m., the Bobcats will welcome Big Sky bottom dweller Eastern Washington to Worthington Arena, giving the Cats a chance to catch their breath.

After the exciting opener to this season’s Cat-Griz series, the Griz maintained a wire-to-wire lead in the men's game to continue their recent dominance in the matchup. Despite Frey’s  career high 37 points for the Bobcat men, it wasn’t enough to overcome UM’s hot shooting. The Griz have now won 17 of the last 18 meetings against MSU. The Grizzlies went right at the Bobcats from the start of the game and fed off the raucous crowd’s energy, making 10 three-pointers in the first half, resulting in a season-high 54 first-half points. As the Cats’ defense struggled to assert itself, Frey made sure to embrace his last trip to Missoula. His scoring spree gave life to a team that had little spark in the first half, eventually bringing the Blue and Gold all the way back to within five points of the Griz with seven minutes remaining. Unfortunately, it was too little too late, and the Cats fell 78-64.

The men will get a shot at the Vandals on Thursday night, Feb. 6 at 7 p.m. in the Brick. On Saturday, Feb. 8, they will travel to Cheney to take on conference contender Eastern Washington at 3 p.m. Both games will be crucial as the Cats battle for seeding in the quickly approaching Big Sky tournament held in Boise, Idaho.

Though the men could not find themselves a victory, it was mostly a successful weekend for Bobcat hoops. Going forward, the stakes will only get higher for both squads, so make sure to catch the few remaining home games this season while you still can. Go Cats!

Cloudy early with some clearing expected late. A few flurries are possible. Low 23F. Winds WSW at 10 to 15 mph.