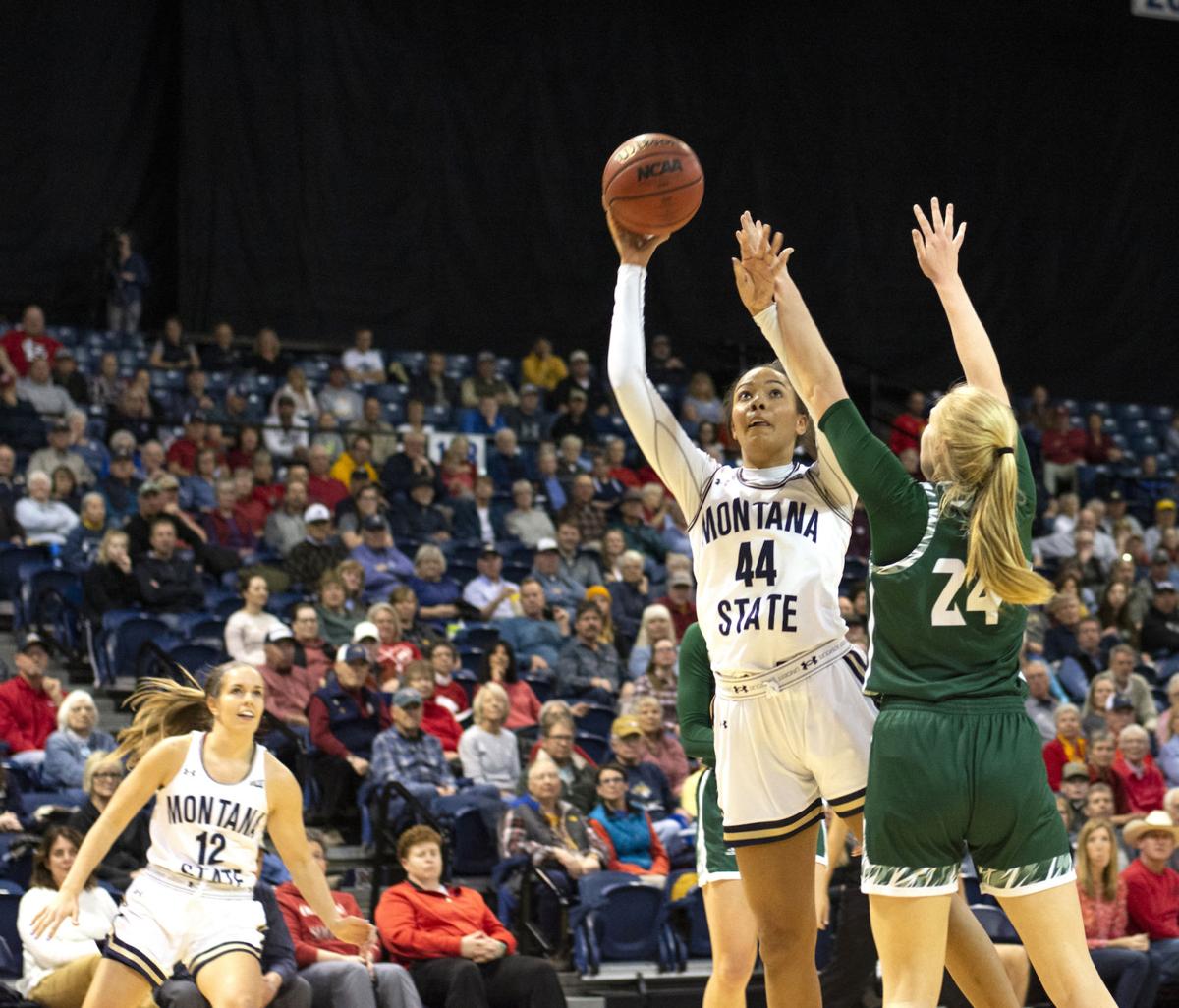 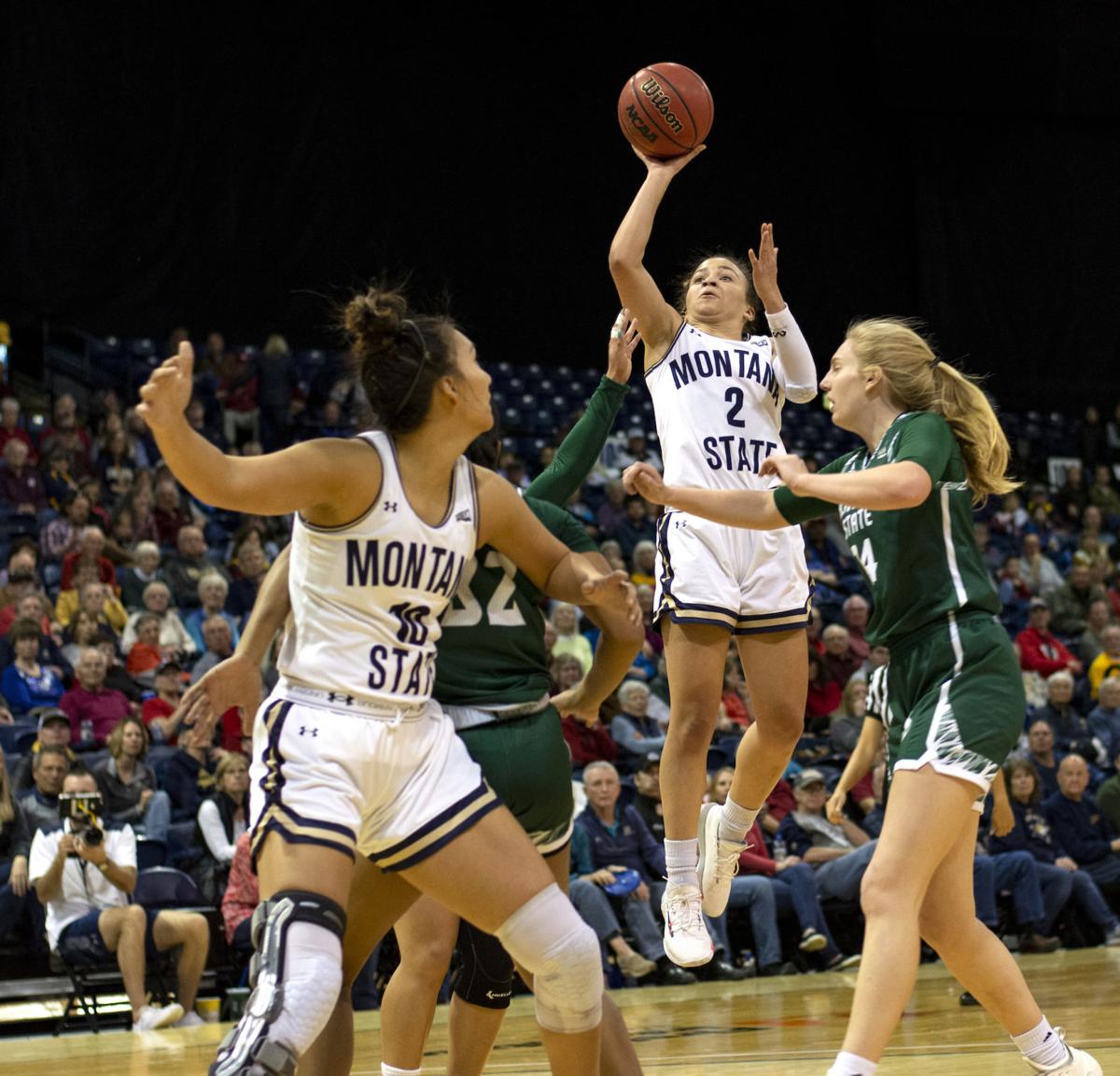 The women continued their positive trend by earning another two wins at home last weekend, Feb. 27 and 29 and followed it up with a decisive win on the road on Wednesday, March 4 to extend their winning streak to 14 games. On Thursday Feb. 27, the women dropped 113 points to take down the Sac State Hornets, 113-69. The scoring flurry was the seventh time the Cats scored more than 90 points in a game this season. Seven Bobcats scored in double-figures, led by senior guard Oliana Squires with 19 points.

"Once you get loose, the rim gets a little bit bigger and kids were finding each other," said Head Coach Tricia Binford after the win. "We're at the time of year where they know their sets, they know their actions and now they're not thinking the game. They're just seeing what's available, what's open and just moving off each other."

After the blowout win, the Cats crawled back from a 15-point deficit in the second half to cap off a win against Northern Arizona, 73-71. The Cats were able to fight off the high emotions from the last home game for these accomplished seniors.

"When three in your starting lineup are still crying and you're tipping off, I looked at my assistants and said, 'This will be interesting,'" said Binford. "It's just hard. Your seniors are wrapping up a career on their home court and it's hard to lock in and get that out of the way."

The gutty win keeps the momentum rolling for the women, who have already clinched the regular season Big Sky Conference Championship. The Cats were able to pull out another win at Southern Utah on Wednesday, March 4, 81-65. Senior forward Fallyn Freije had 20 points on 9-15 shooting from the field to pace the women.

The women, who are now 18-1 in conference play, set a single season record for the number of Big Sky Conference wins in a season. Their final prep for the conference tournament is on Friday, March 6 at Northern Colorado.

On the road at the Nest in Sacramento, California on Thursday, Feb. 27, the Hornets swarmed the Cats 81-52. Sac State led from start to finish and the lead never reached single digits in the second half. Three Cats scored in double figures: senior guard Harald Frey with 12 points, junior guard Mychael Paulo with 11 points and junior guard Amin Adamu with 10 points. A season-high 22 turnovers stifled any attempt at a comeback for MSU.

The loss was a hard pill for the men to swallow, but the Cats turned it around quickly on Saturday, Feb. 29 against the Northern Arizona Lumberjacks. The Cats flipped the script by leading from start to finish and pulling out a huge 63-57 win.

"We played our best defense I think of late, and this was probably our best win of the season under the circumstances, especially with how NAU has been playing,” said Head Coach Danny Sprinkle. “It was a heck of an effort from these guys."

If the Cats hope to close out the season strong, they will need big contributions from the likes of sophomore forward Jubrile Belo. He showed his strength against NAU by posting a 20-point and 13-rebound performance.

"When he catches and goes straight up, he's a different player," said Sprinkle on Belo's impact. "He's done a really good job the last couple of games of making quicker moves and making some good passes out of double teams. He's been making some great plays."

For the final weekend before the conference tournament in Boise, Idaho, the Cats host Southern Utah on Thursday, March 5 at 7 p.m. and Northern Colorado on Saturday, March 7 at 4 p.m. The Cats, who are now 15-14 overall and 9-9 in conference play, sit at sixth in the standings, but, depending on the results in these last two games, they could fall anywhere from fourth to eighth. Fourth seed would mean a bye in the first round, so plenty is on the line for these final games of the season.