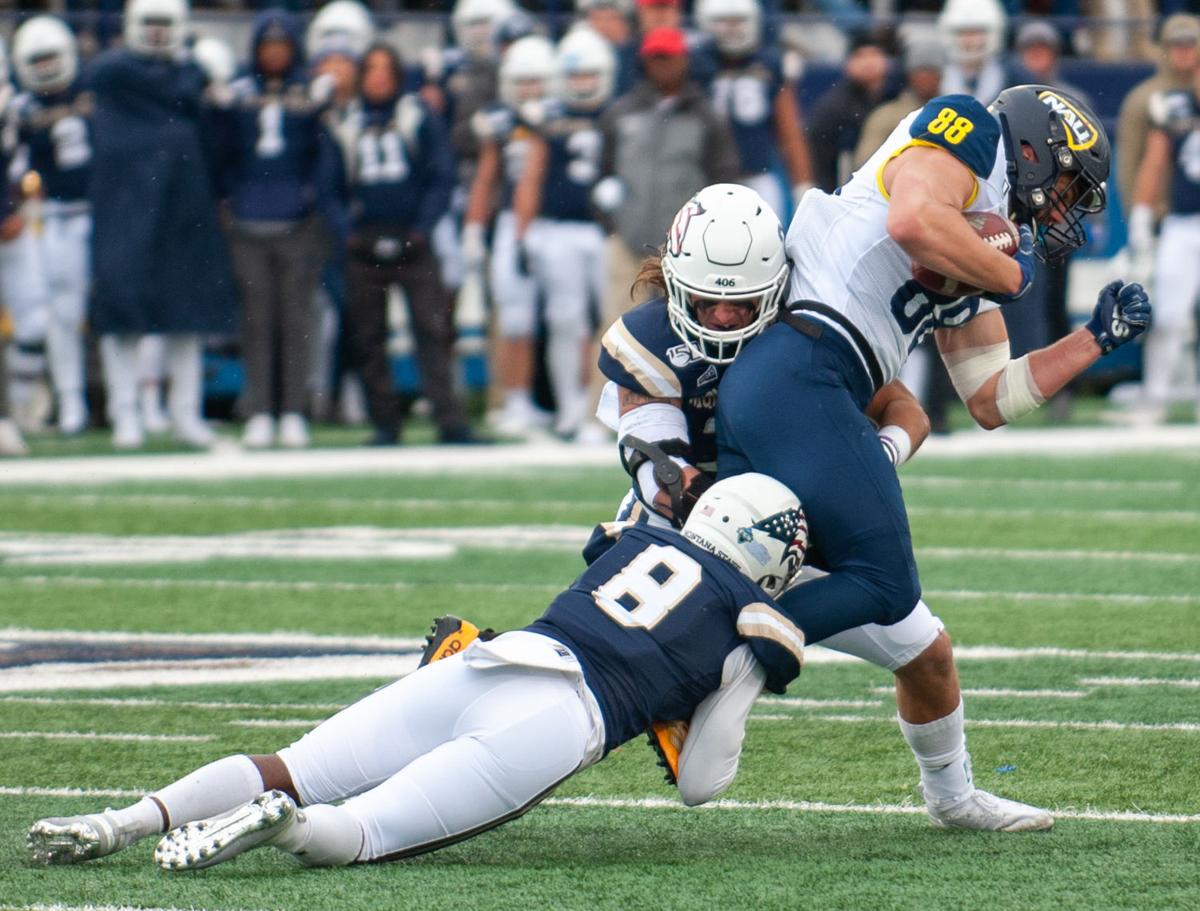 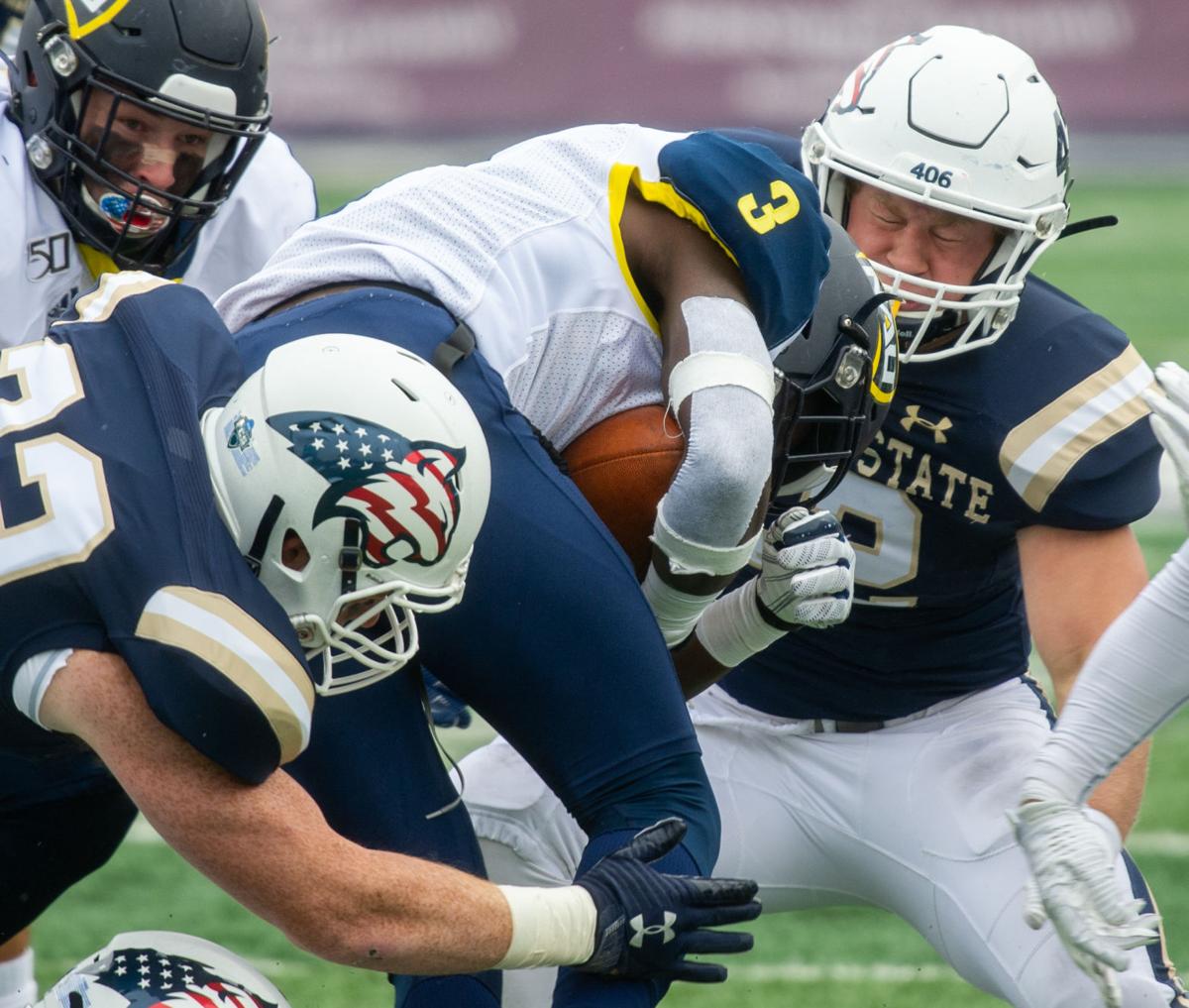 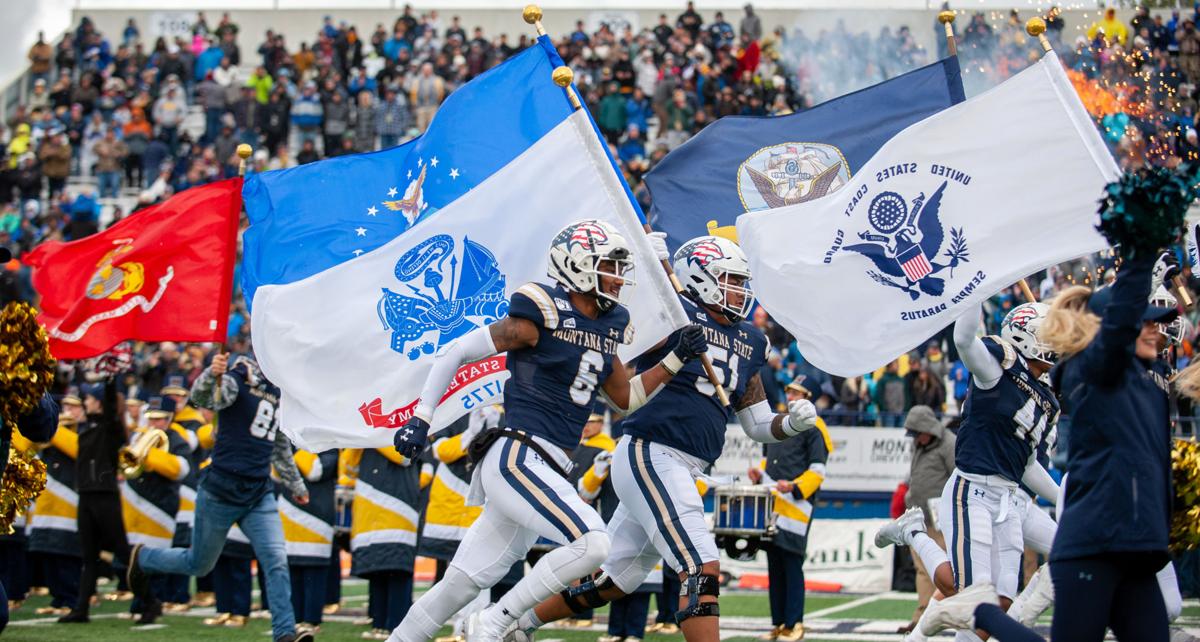 The Bobcats run onto the field flying the flags for every branch of the US military prior to MSU's football game against Northern Arizona University in Bozeman, Mont. on Saturday, Sept. 28. Photo by Brendan Kristiansen.

The Bobcats run onto the field flying the flags for every branch of the US military prior to MSU's football game against Northern Arizona University in Bozeman, Mont. on Saturday, Sept. 28. Photo by Brendan Kristiansen.

This weekly series will offer up predictions and insight into key football games in the Big Sky Conference for the upcoming weekend. Be on the lookout for a vote on the punishment for the “expert” with the worst record this season.

Parker: Montana State displayed grit in last Saturday’s comeback. They showed resilience and proved that they can truly wear out teams in the second half. Cal Poly’s triple-option attack hopes to do the same to teams. Last year, with the Cats dominating most of the game, Cal Poly rattled off 21 unanswered points in the fourth quarter, making the game appear much closer than it really was. Generally, the Cats have not been a solid road team during the Choate era, but I expect the maturity of MSU to be apparent in this game. The Cats will run away with this one.

Caleb: Coming off of an incredible second half performance where the Bobcats scored 35 unanswered points, MSU will travel to the Golden State to take on Cal Poly. The Mustangs are 2-2 and are looking to improve. Their triple-o rushing attack has proven tough for teams to defend, and won them several games last year. While the Mustangs aren’t too shabby, the Bobcats’ physicality will wear them down. I think the Cats win handily this week.

Cameron: The Bobcats are back on the road, heading out to California. Last week against NAU, MSU looked both impressive and unimpressive at the same time. Cal Poly is hanging around the top of the Big Sky standings at 1-0 after opening conference play with a win over Southern Utah. The only way MSU losses this game is if they play the same as last weeks first half, which I do not expect to happen.

Parker: This could be a season-altering game for UC Davis. This team is solid all around but losing two straight games to tough competition sets the Aggies up with a challenging road test that will define the character of this team for the rest of conference play. North Dakota will come out firing, but I think UC Davis will turn it up for this game.

Caleb: After a disappointing loss to the Griz last Saturday, the Aggies will be looking to turn their sub-.500 record around at North Dakota this weekend. The Fighting Hawks have been receiving a few votes in the STATS FCS Top-25 Poll, but I think they are still a few pieces away from being a true playoff contender. With the Aggies hungry for a win, I expect them to go out to North Dakota and do just that.

Cameron: Last week, I claimed UC Davis was legit. This week I am taking that back and saying they are pretty good but no longer elite. Why are they no longer elite? I have no clue but they lost to Montana by a hefty amount, so my confidence in the Aggies has all but disappeared. Good thing they are playing a North Dakota team that seems even more muddled.

Parker: Eastern Washington bounced back last week after a tough two-game losing streak, but Sacramento State has been sneaky good this year. There should be no shortage of offense in this game, and might be decided by who has the ball last. This should be an exciting affair with Sacramento State pulling out the win.

Caleb: Both these teams have been a bit of a surprise so far this season. Eastern Washington has been underwhelming, especially after last year’s title game appearance. On the other hand, Sacramento State’s offense has looked explosive, and the Hornets have even scrapped with a few FBS teams. I expect this game to be a barn burner. Ultimately, I think the Eagles will pull this one off.

Cameron: Eastern Washington has hopped back in the saddle after taking care of North Dakota last week. Are they still an elite team in the Big Sky? No sir, but they do have an elite offense and could challenge any team in the conference when playing their best football. Sacramento State has been looking much improved this season but still lacks the talent and depth to hang with the Eags. Look for a high scoring affair but not necessarily a close game.

Parker: First off, as much as it pains me to say, the Griz looked really good last week. Griz seniors Dalton Sneed and Dante Olson are both making cases for offensive and defensive players of the year, but Idaho State showed promise last week in a solid win against Portland State. I do not see the Griz slipping up here.

Caleb: The Griz, fresh off a win over top-5 UC Davis, look tough. Something is brewing over the hill, and if Montana and MSU continue to keep things up, the Brawl of the Wild game could be for a playoff seed and possibly a conference championship. With that said, Idaho State is performing better than expected. Last weekend, they handled Portland State, outscoring the Vikings 51-24. I think this game will stay close for a while, but the bear cubs will pull it off.

Cameron: I’d rather not predict this game because it’s starting to look like I won’t be picking against UM until November 23rd when they come to Bozeman. And while I believe their enrollment is expected to drop another 8% this year, Senior QB Dalton Sneed is putting up crazy numbers with an improved offensive line and a defense that has been stout so far as well. The Bengals of Idaho State not only have the worst stadium in the Big Sky, but also one of the best offenses. I think ISU will keep it close for a half before the Griz pull away.

ThE bEsT tEaM iN tHe CoUnTrY 35, Idaho State 24